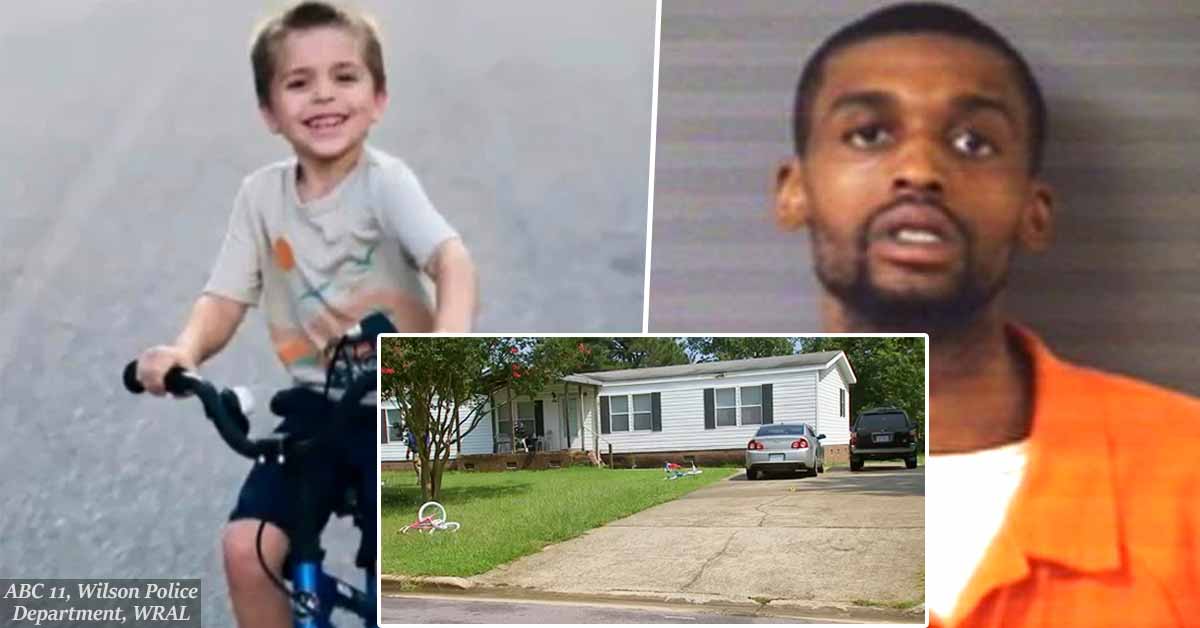 5-year-old Cannon Hinnant was riding his bike when he was allegedly shot by the 25-year-old Darius N. Sessoms.

North Carolina has charged Sessoms with the murder of Hinnant after he had approached the little boy and shot him in the head on Sunday evening. WRAL has reported that according to the boy’s mother, his seven and eight-year-old sisters had witnessed the shooting. About 24 hours after Sessoms had shot the child, he was taken into custody.

Although no motive has been given, the shooting is not believed to be random. A GoFundMe established by a family member suggests that the boy was shot after riding his bicycle into Sessoms yard: “One minute he is enjoying his life, the next it all ends because he rode into his neighbors yard.”

According to Daily Mail, the family’s neighbors have claimed that the shooter had had dinner with the little boy’s father on Friday and had also visited him earlier on the day of the shooting. Furthermore, Hinnant’s family has explained that they had known Sessoms for many years and could not believe he could be capable of killing someone.

After the shooting had taken place, police were called to the scene at around 5:30pm; the little boy was found with a gunshot wound and was taken to the Wilson Medical Center where he had later died from the injury. 5-year-old Cannon Hinnant was set to start kindergarten on Monday.

Sessoms fled the scene but was later located by the police in Goldsboro.

On Monday, he was charged with first degree murder and is being held without bond, reported Daily Mail. What is more, Sessoms’ first court appearance was made virtually on Tuesday morning. Hinnant’s grandmother told the WRAL that while the family is happy to see Sessoms in custody, they are devastated by the little boy’s death.

A police spokesperson has stated that:

The Wilson Police Department sends its sincerest condolences and prayers to the family of Cannon during this tragic time.

As the investigation is currently ongoing, anybody who may have information is asked to call the Wilson Police Department at 252-399-2323 or Crime Stoppers at 252-243-2255.

PICTURED: Mother who had her breast fondled by a cop AFTER her death, family is starting lawsuit