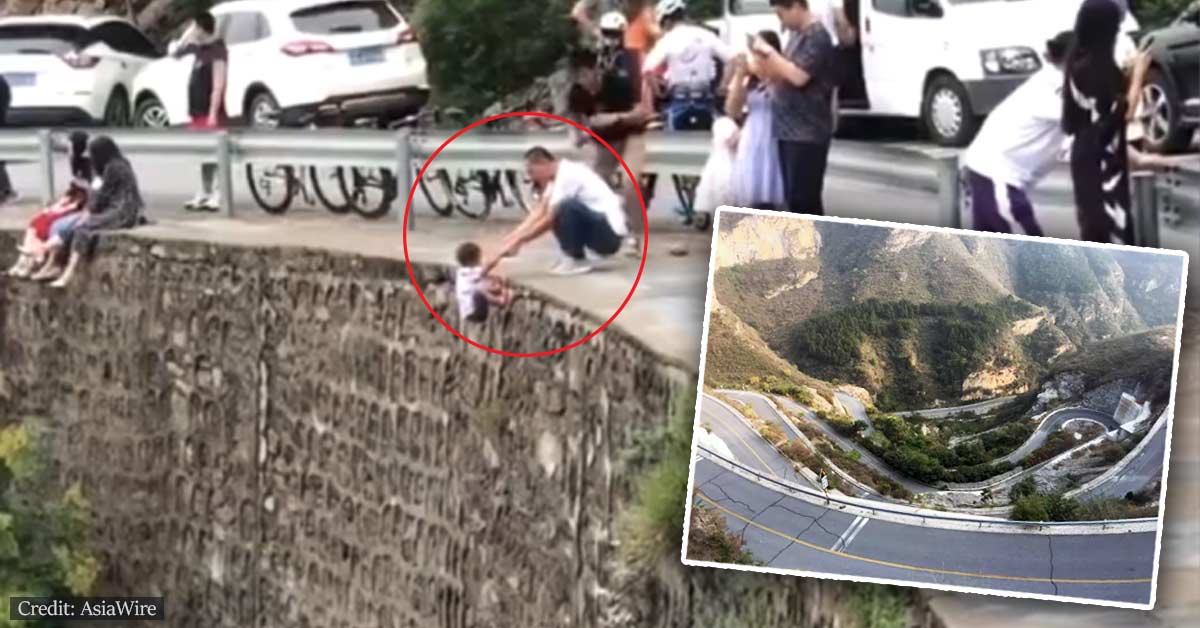 A video of a careless father dangling his own son over the edge of a mountain as another family member takes photos has gone viral.

The hard-to-watch clip has since been seen millions of times.

The life-risking stunt was recorded by tourists visiting the winding mountain path known as Hongjing Road, which is located in the Fangshang District of Beijing, as per Shanghai media outlet The Paper.

The path called ‘Devil’s Road’ due to its 18 sharp turns was a key defense point during WW2, but it has since been transformed into a beautiful tourist spot.

What’s the opposite of ‘Father of the Year?’https://t.co/ry8XXxbLon

In the footage, which is now circulating the web, the dad can be seen holding his child by both arms as it dangles over the cliff.

The boy balances himself with both feet on the concrete wall and seems to be unaware of the danger that his father has put himself in, while another member of their family takes photos with his phone.

Others from their group also watch without intervening in any way, the video shows.

People who’ve seen the footage online have been criticizing the dad, but it remains unclear whether authorities will confront the parent in any way.

Hongjing Road was transformed into a beauty spot back in 2009 when a pedestrian walking area was created in order to attract more tourists.

You can see the footage by clicking below.