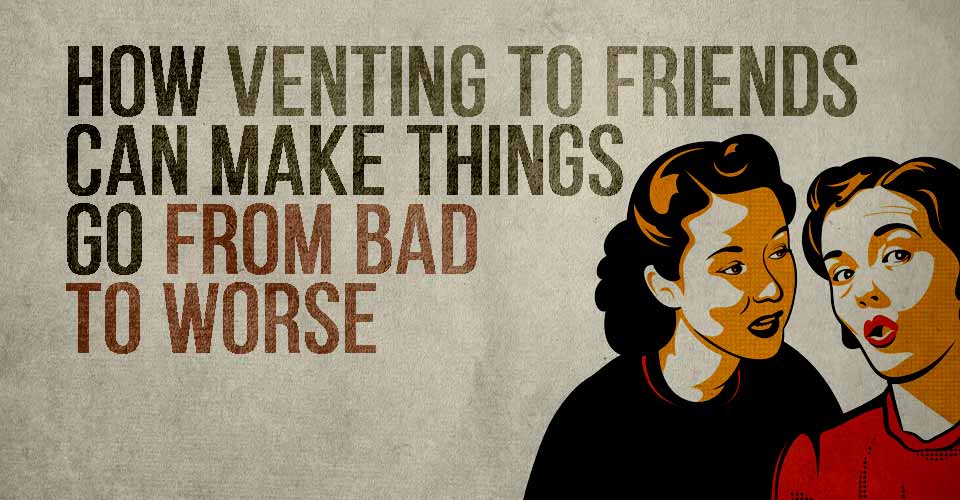 We live in stressful times, there is no doubt about that. Work, finances, love issues and general pressure take us all on a roller coaster of  life’s ups and downs. Sometime anger, fear and upset build up so intensely it feels like we need to break something, scream out loud, hurt something or just cry rivers. It simply all becomes too much and we need a regular outlet for all of our woes and worries. This is when we often turn to friends or family for a good old vent.
Buy an “Intelligence is sexy” t-shirt!
As David McRaney, of the You Are Not So Smart blog, explains how catharsis (the act of cleansing or purging) is entirely useless in letting go of your anger.
He states that: ‘Common sense says venting is an important way to ease tension, but common sense is wrong. Venting – catharsis – is pouring fuel into a fire.’ He explains that:  ‘Releasing sexual tension feels good. Throwing up when you are sick feels good. Finally getting to a restroom feels good. So, it seemed to follow, draining bad blood or driving out demons or siphoning away black bile to bring the body back into balance must be good medicine. Be it an exorcism or a laxative, the idea is the same: get the bad stuff out and you’ll return to normal. It’s drug-like, because there are brain chemicals and other behavioral reinforcements at work. If you get accustomed to blowing off steam, you become dependent on it.’
Clearly it’s important not to neglect your problems, but studies found that doing nothing was more effective in helping anger dissipate than venting those frustrations. While it may feel good, venting only keeps the anger present. Not to mention the often constant repetition of the story risks boring those around you.
Read: 10 Things to keep in Mind When Loving a Highly Creative Person
I have had many friends in my life who consistently and sometimes for years grumble and get hooked on the same issue every time we meet, its eye rolling-ly boring and excruciatingly hard for me not to yell at them to ‘ move on already!’, but instead I sit and endure or suddenly become unavailable.
Social psychologist Brad J. Bushman, who teaches at Ohio State University and has researched aggression and coping said that “Research clearly shows that venting increases rather than decreases stress…..People say that venting feels good, but the good feeling doesn’t last, and it only reinforces aggressive impulses,”
The fact that venting is an unsuccessful way to cope with failure may seem counterintuitive to those who have been taught to share their negative feelings to try to “purge” them. But it actually creates more stress “because it keeps arousal levels high, aggressive thoughts active in memory, and angry feelings alive,” Bushman explains.
In a study that focussed on people with some traits of perfectionism facing daily setbacks, venting to a friend often made them feel less satisfied about their circumstances than before they talked about it. Study professor Dr. Joachim Stoeber a psychologist at the University of Kent in England, noted that the study’s focus on people who have a perfectionist personality was significant, because they are generally less satisfied than others with daily setbacks.
Read: Worry and anxiety linked to high IQ?
The study found, instead, three other strategies that were effective coping strategies for people dealing with setbacks: acceptance, humor and positive reframing, which means looking for something good in the otherwise stressful event.
“It’s no use ruminating about small failures and setbacks and [dragging] yourself further down,” said study author Dr. Joachim Stoeber, “Instead, it is more helpful to try to accept what happened, look for positive aspects and — if it is a small thing —have a laugh about it.” He goes on to say that: “The finding that positive reframing was helpful for students high in perfectionistic concerns is particularly important because it suggests that even people high in perfectionistic concerns, who have a tendency to be dissatisfied no matter what they achieve, are able to experience high levels of satisfaction if they use positive reframing coping when dealing with perceived failures.”
Stoeber concludes that a helpful recommendation for anyone trying to cope with daily setbacks would be to try to find positive aspects and think of what happened in a more positive way; for example, by focusing on what has been achieved, rather than on what has not been achieved.

You see people seem to think there are only two options:

1) Let it all out in an explosive tirade, which is “pouring fuel into a fire” or
2) Bottling it up and letting it fester until you either crumple and die or eventually deal with it as in step #1.
Talking about it can still be good, but searching for the positives first rather than venting which involves the constant reliving the experiences letting the emotions overcome you all over again. Every one needs healthy and frequent discharges of emotions, but perhaps finding a safe space that is held by a professional who is trained to help you deal with and overcome those emotions on a productive way if you really need to talk it out? After all, friends and family aren’t just there to have their ears nibbled off by you and they will love you all the more if you realise this.
Read: 8 Signs You’re With Someone Who Respects You
The main thing people are missing is that you can just let stuff go. Yes, even big stuff. Just because you don’t talk about it doesn’t mean you have to keep it inside forever and ever. Find a way to deal with your rage while shutting up about it. If shouting and venting is your only tool, then yes that has to be better than bottling it up, but you also need to find another way to cope. Perhaps Yoga, running, meditating, going for walk or something equally as cathartic.

How do you deal with your anger and release tension? What works for you? Let us know in the comments below.