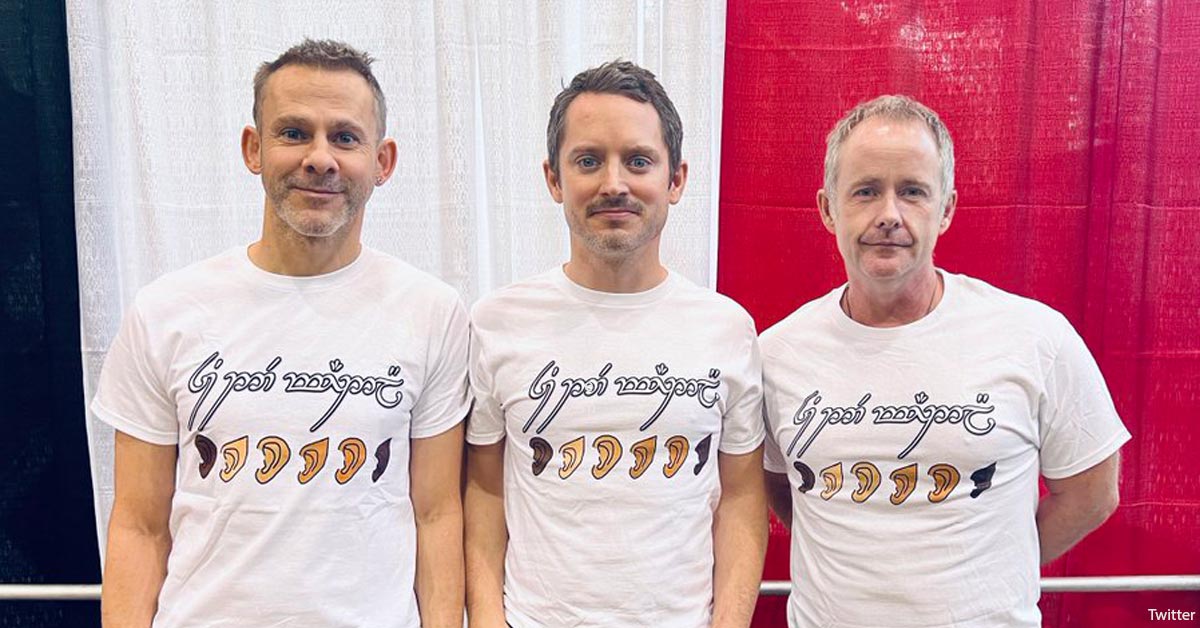 Three members of the original Lord of the Rings cast are defending the actors of the new Amazon series LOTR: The Rings of Power after audience criticism.

The caption for the image read: “You Are All Welcome Here” in J.R.R. Tolkien’s Elvish language.

Later on, Sean Astin — who played Samwise Gamgee in the original trilogy — shared his own photo, wearing a hat with the same image. He also tagged his former co-stars in the post.

The shirts were designed by Don Marshall — a TikToker who is known as “Obscure Lord of the Rings Facts Guy.”

With the help of Tolkien guru @WizardWayKris, Marshall was able to translate the phrase into LOTR’s fictional language.

Amazon’s LOTR series has been facing backlash due to its casting, with many fans objecting to the change in skin-color of characters described as white in the original works of Tolkien.

In an interview with Vanity Fair, Tolkien expert Mariana Rios Moldonado said that she believes backlash from LOTR fans was inevitable after the show’s cast was revealed.

“Obviously there was going to be push and backlash, but the question is from whom? Who are these people that feel so threatened or disgusted by the idea that an elf is Black or Latino or Asian?” she said.

Objections were also made due to the fact that the majority of male characters have been portrayed as weak and incapable, with Elon Musk tweeting:

“Tolkien is turning in his grave.”

“Almost every male character so far is a coward, a jerk or both. Only Galadriel is brave, smart and nice.”

Almost every male character so far is a coward, a jerk or both. Only Galadriel is brave, smart and nice.