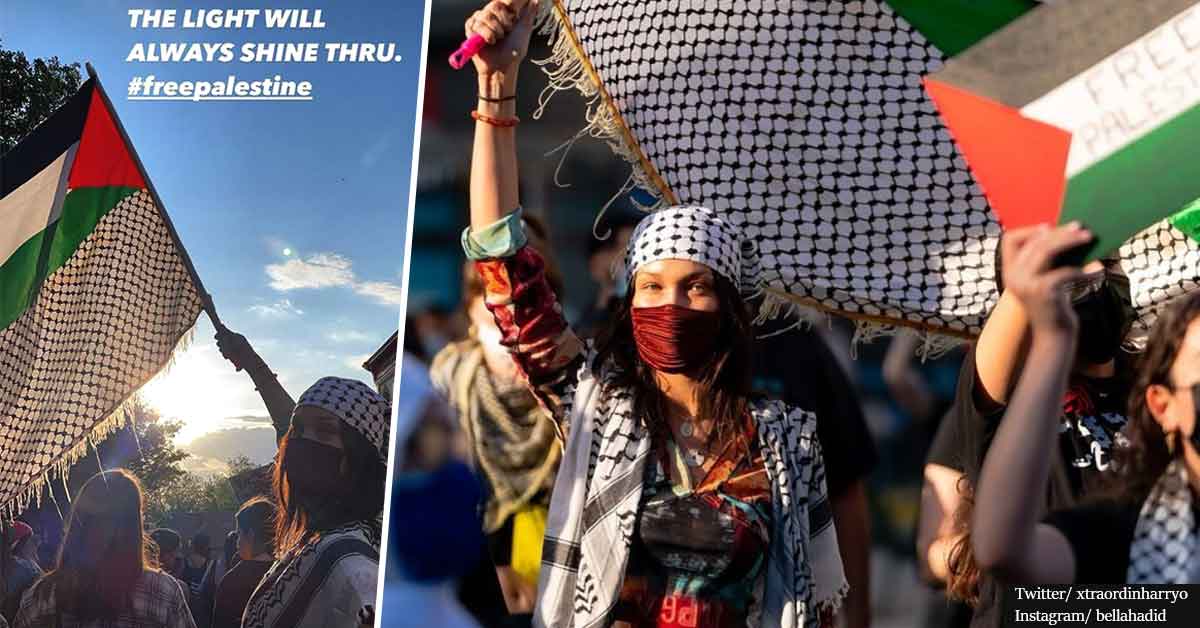 Supermodel Bella Hadid has been praised on social media for taking part in the protests against violence in Gaza.

Bella Hadid, 24, won the hearts of thousands of social media fans after she was seen taking part in the New York protests against the violent attacks in Gaza.

On Saturday, the supermodel, whose father Mohamed Hadid is Palestinian, was captured marching through the  Brooklyn streets, wearing a traditional Palestinian dress and a Keffiyeh. As UNILAD reports, the celebrity took her pro-Palestinian activism to social media, as she went live on Instagram while at the anti-violence protest.

Following Bella’s live video and the many selfies she took with fellow protesters, her followers were quick to praise her for the courage to publicly express her position. Many are pointing out that, in the meantime, many celebrities are choosing to stay silent in the face of such a harrowing crisis.

Bella hadid is using her platform to spread awareness about palestine without worrying about her career.

Respect to Bella hadid and all those globally who are using their voice and standing for Palestine. #FreePalestine pic.twitter.com/I9Fahl9SaV

People are stressing that Bella Hadid is “doing more than any celeb” by taking part in the demonstrations.

“Bella Hadid protesting for Palestine! Doing more than any celeb I know. Queen.”

In the past week, as Israel initiated a wave of airstrikes while responding to Hamas rocket attacks, the young model shared:

“One cannot advocate for racial equality, LGBT & women’s rights, condemn corrupt & abusive regimes and other injustices yet choose to ignore the Palestinian oppression.”

Furthermore, the American-Palestinian star posted valuable information and resources in support of the people of Gaza. She also shared photographs of her family, declaring how proud she is of her Palestinian heritage.

Moreover, Bella used her IG account to say that she stands with her Palestinian brothers and sisters:

“I have been told my entire life that who I am : a Palestinian woman – is not real. I’ve been told my father does not have a birth place if he is from Palestine. And I am here to say . Palestine is very much real and the Palestinian people are here to stay and coexist. As they always have.

And we will always come together as a family. Always.”

Meanwhile, Gigi Hadid, Bella’s sister, who is also a top model, called out Instagram for allegedly threatening to delete accounts with pro-Palestine posts. While tagging the platform, she wrote:

“Can you please explain what the issue with posting facts about Palestine is, exactly?”

@instagram I can’t read the above, can you please explain what the issue with posting facts about Palestine is, exactly..?