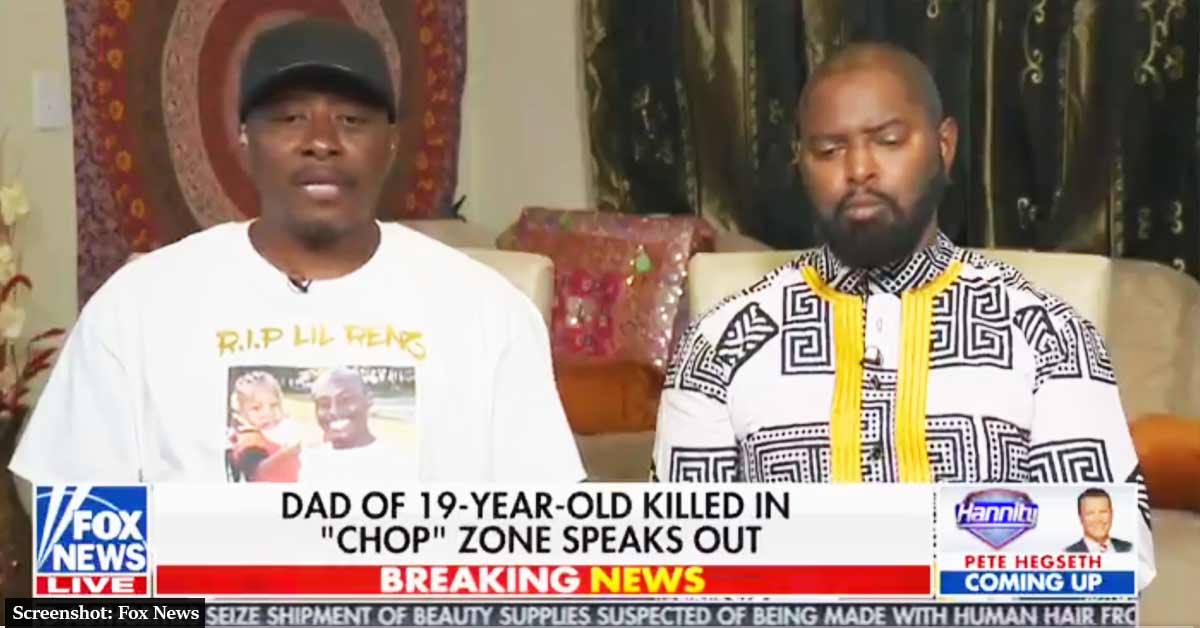 The father of a 19-year-old boy, killed in Seattle’s Capitol Hill Organized Protest(CHOP), gave an emotional interview revealing he was not allowed to see his son in the hospital.

Horace Lorenzo Anderson, the grieving father, also claims he has not even been contacted by officials following his son’s death, Daily Wire reveals. In a heart tearing interview with Fox News, Mr. Anderson shares:

“I’m numb, I’m still numb today. I got to bury my son tomorrow. It’s just been a lot going on. My whole thing, my whole life, man, this is incredible. To this day, it’s been almost two weeks, I haven’t heard from nobody.”

As the 19-year-old killed boy’s father reveals, he wasn’t contacted by any law enforcement authorities. Although he believes it wasn’t hard for them to find him, as he and his son share the same ID number, no one reached out to him to explain what actually happened.

Father of a 19-year-old killed in Seattle's CHOP:

“Nobody called me or tried to find me.”

In the emotional interview, Mr. Anderson said he had to find everything around his son’s death all by himself. Moreover, he wasn’t even allowed to see his son for a whole week while he was still in the hospital.

He explained that when he was at the hospital trying to visit his son, no one wanted to tell him what had happened. After he approached one of the hospital’s staff members, he was told to wait, and he wasn’t permitted to go in.

Sadly, when a doctor finally came to speak with Mr. Anderson, they told him that his son passed away. At first, he couldn’t believe it was his child they were talking about. He wanted to visit his son, to see if they were making a mistake. Still, they didn’t allow him to see his own son for nearly a week after.

Mr. Anderson couldn’t process how so many children and young people are dying on the streets, and still, the authorities are not taking any significant action.

“They should have been stopped this a long time ago.”

Further in the interview, the grieving father said he still doesn’t know enough about his son’s death.

All he found out was that his son was murdered.

“I don’t know nothing. All I know is my son got killed out there and he’s just a 19-year-old. That’s Horace Lorenzo Anderson, that’s my son, and I love him. That was my son.”

Mr. Anderson is convinced that his son needed help from police, medics, or just anyone who could have saved him.

Horace Lorenzo Anderson Jr. was the first person killed in CHOP, Daily Wire reports. Another black teen, 16, was also killed in the protests over the weekend. A 14-year-old was left wounded.

31-year-old father of two, miraculously survives coronavirus after 30 days on a…