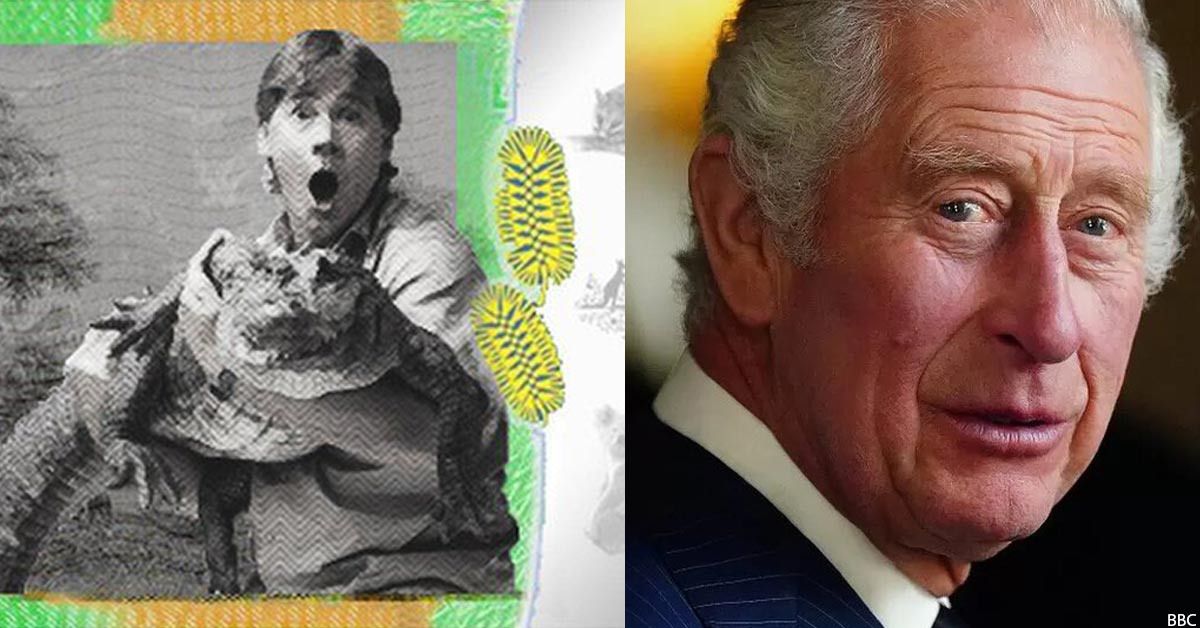 Some people in Australia are calling for Crocodile Hunter Steve Irwin’s face to be printed on their currency instead of King Charles’s.

Recently, the Australian National Bank announced that the new King of England will be the face on their $5 note to replace that of Queen Elizabeth II, who recently passed away at the age of 96.

In addition, coins will be created with the King’s profile facing to the right, the opposite direction from his late mother, continuing the old royal tradition from 1660.

That being said, there is still no need to be concerned about exchanging bank notes.

According to The Guardian, a Reserve Bank of Australia spokesperson said:

“All Australian banknotes issued from 1913 retain their legal tender status.”

“We will plan for an update to the $5 banknote design in due course. Creating the design for new banknotes is a complex process.

“It can be several years [between] when a banknote is printed and when it is issued into circulation depending on demand from the public and the need to replace banknotes that have become worn in circulation.”

New coin designs are also set for next year, and notes will follow suit sometime after.

But some Australians’ are not in the mood for another royalty on their banknotes.

Australian money changes: ‘Steve Irwin’s face should be put on currency instead of Prince Charles’ https://t.co/AU2d0ENTyH

Instead, they want none other than national hero and Crocodile Hunter, Steve Irwin.

“Alright c****, now old Betty has dropped off the perch time for the important s***. Who we gonna put on all our money? Because I can’t see that c*** Charles on there. Maybe Steve Irwin, or Russell Coight? Throw us some ideas.”

A third Reddit user said that having King Charles would be ‘going too far’, but didn’t suggest an alternative.

Steve Irwin seems like a cool choice, but some people went even beyond that, suggesting that using wildlife on the notes might also be a good idea:

“I for one would like to see animals and plants etc on coins as they are now – and the reverse of every coin has the Australian coat of arms. A nod to regal tradition – but no actual monarch. This way whether we become a republic or not – no need to take money out of circulation.”